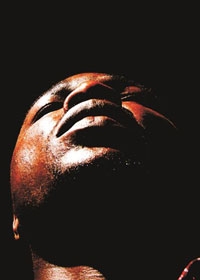 Working with diverse media, Nzewi’s works reflect his roots in the traditions of modern Nigerian art, along with his exposure to the routes of the contemporary, mobile African diaspora.

2007 Made in Africa Biennale: Afrika Heritage and the Politics of Representation, Afrika Heritage: the 6th Biennale of the Pan-African Circle of Artists, May 19-26, 2007