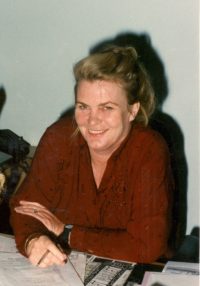 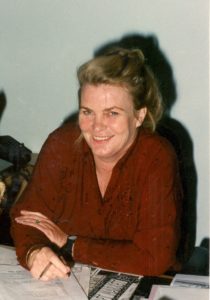 Judy Jordan paints images of the land, often scarred by human activity such as mining, pollution, and wars. Conversely, she is inspired by the generative qualities of nature, as symbolic of life, nourishment, renewal, and transformation. Judy Jordan was the first curator of the Carnegie Museum, Newcastle, a position she held for many years. Jordan has also been active as an art teacher as well as in cultural tourism, craft development and job creation programmes in KZN.

Organised and coordinated more than 60 workshops for unemployed people.

Developed teachers’ workshops to assist with the Art & Culture curriculum.