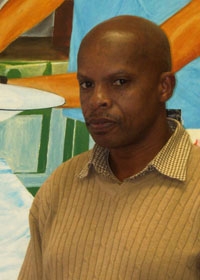 Working largely as a printmaker – in wood block, linocut and silkscreen – Velile Soha’s works depict figures engaged in everyday labour and recreational processes, from mine work to guitar-playing. A prevalent theme in his practice is the convergence of the lives and worlds of township residents with those of rural communities, and the historical processes that have created these spaces and caused them inevitable overlap and mixing. 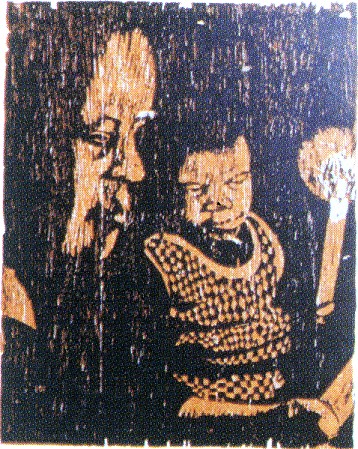 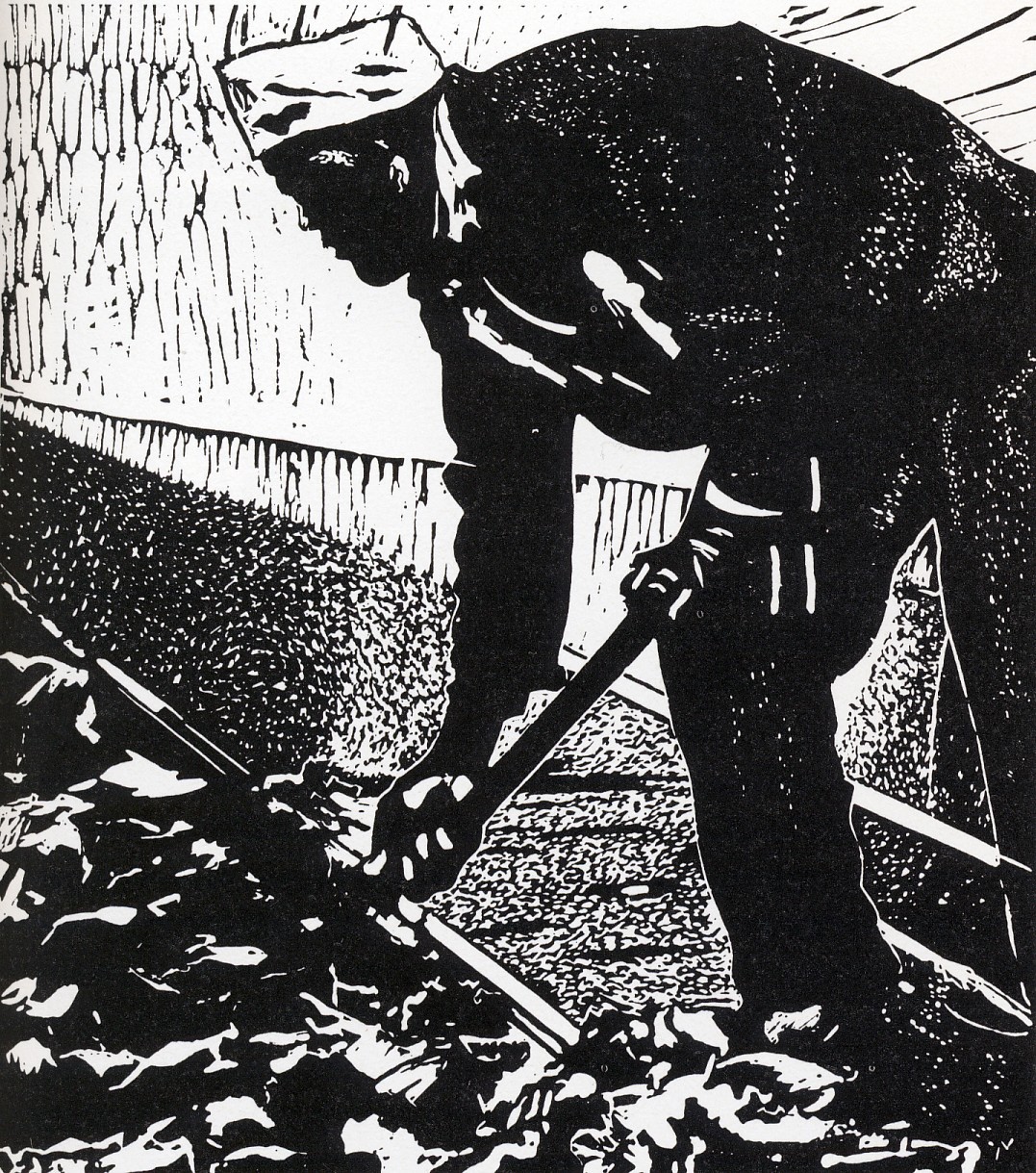 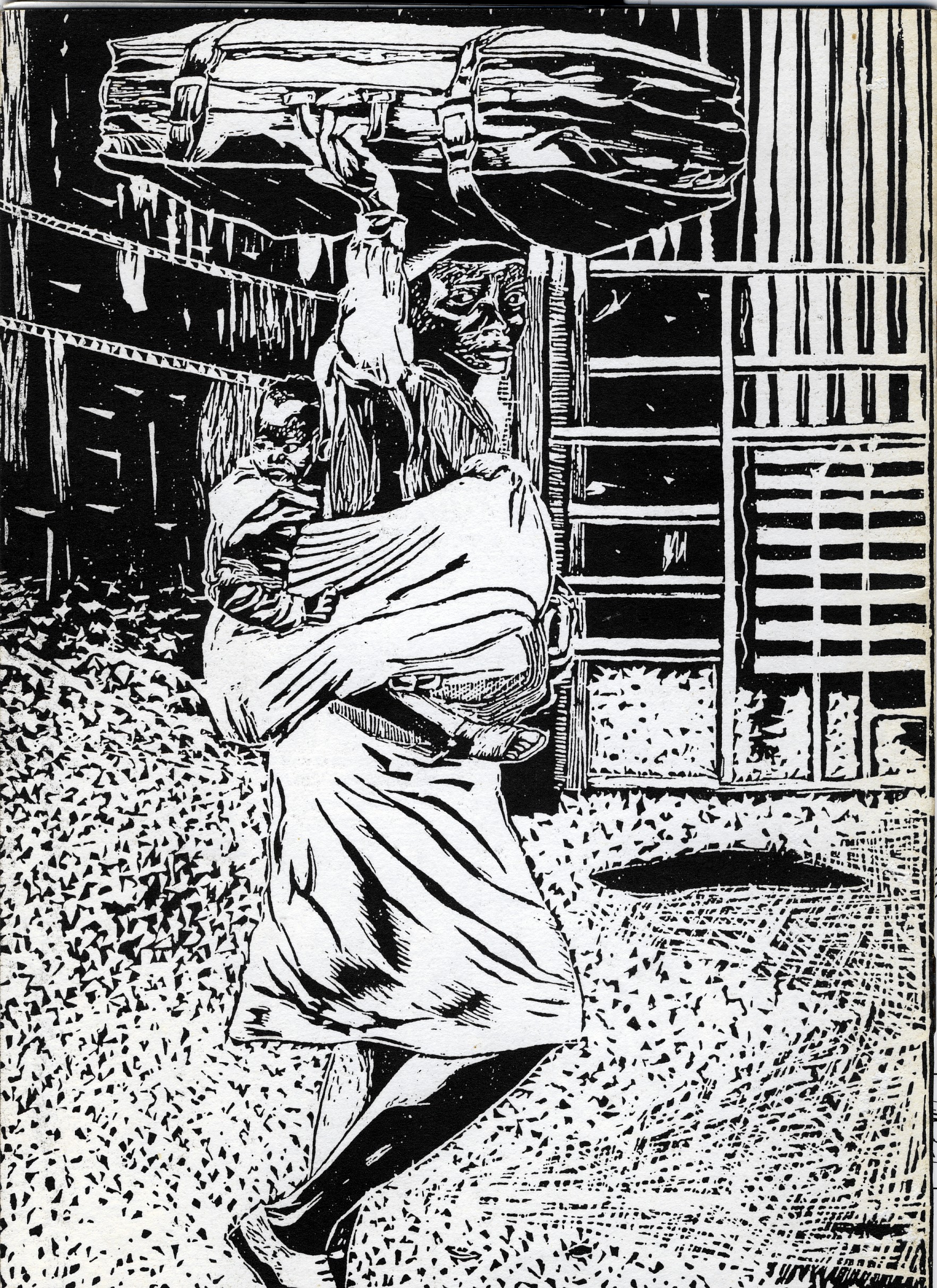 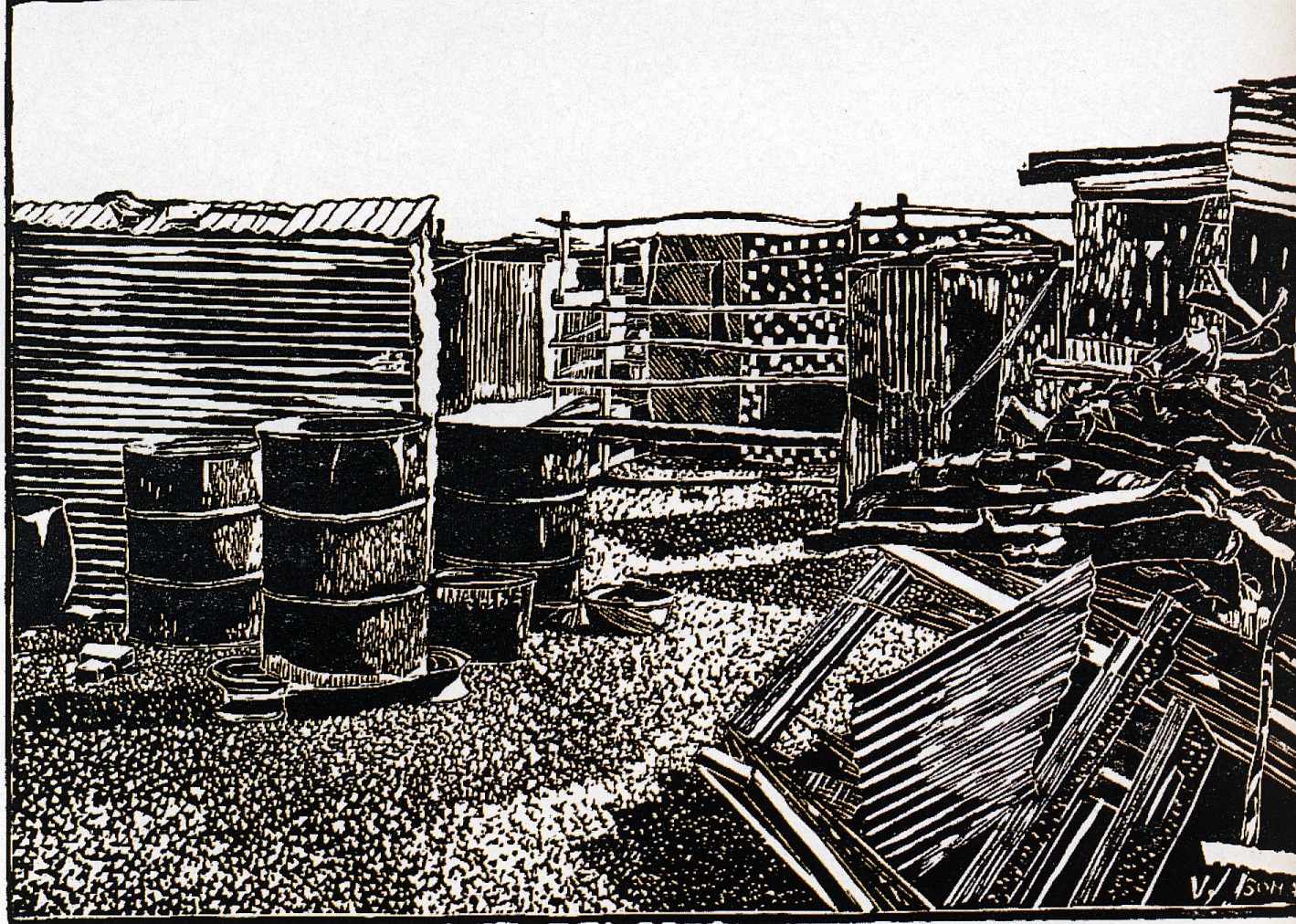 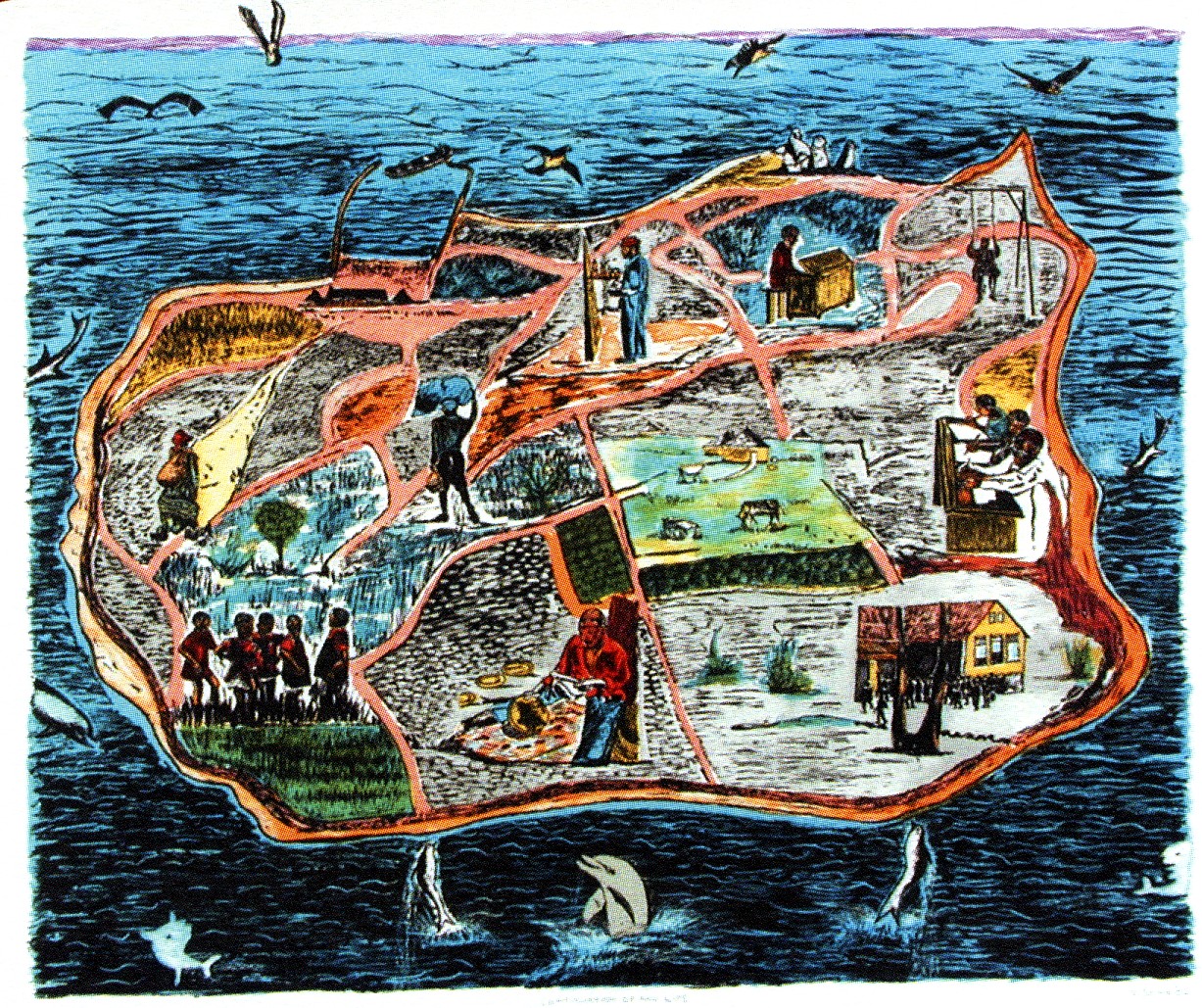 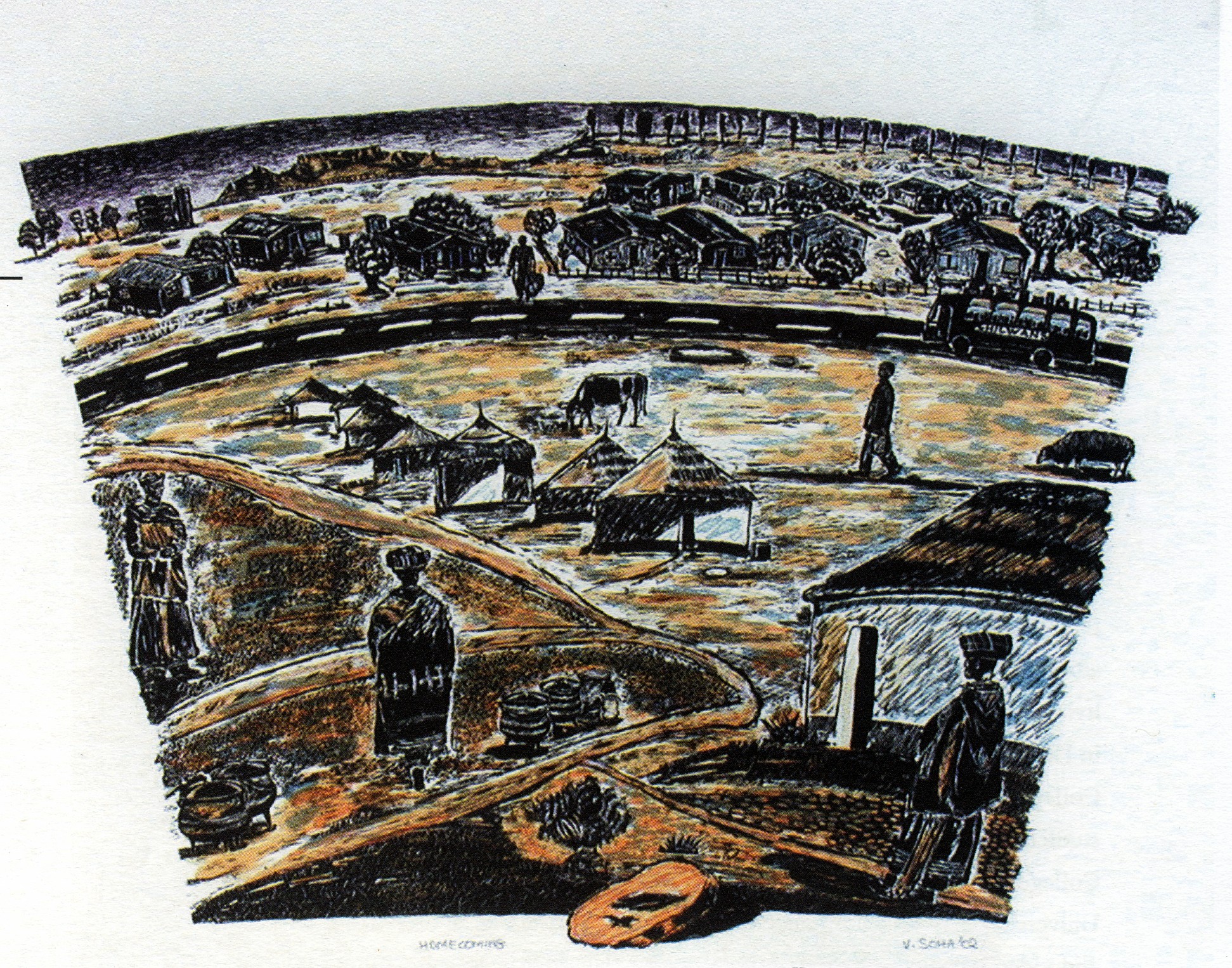 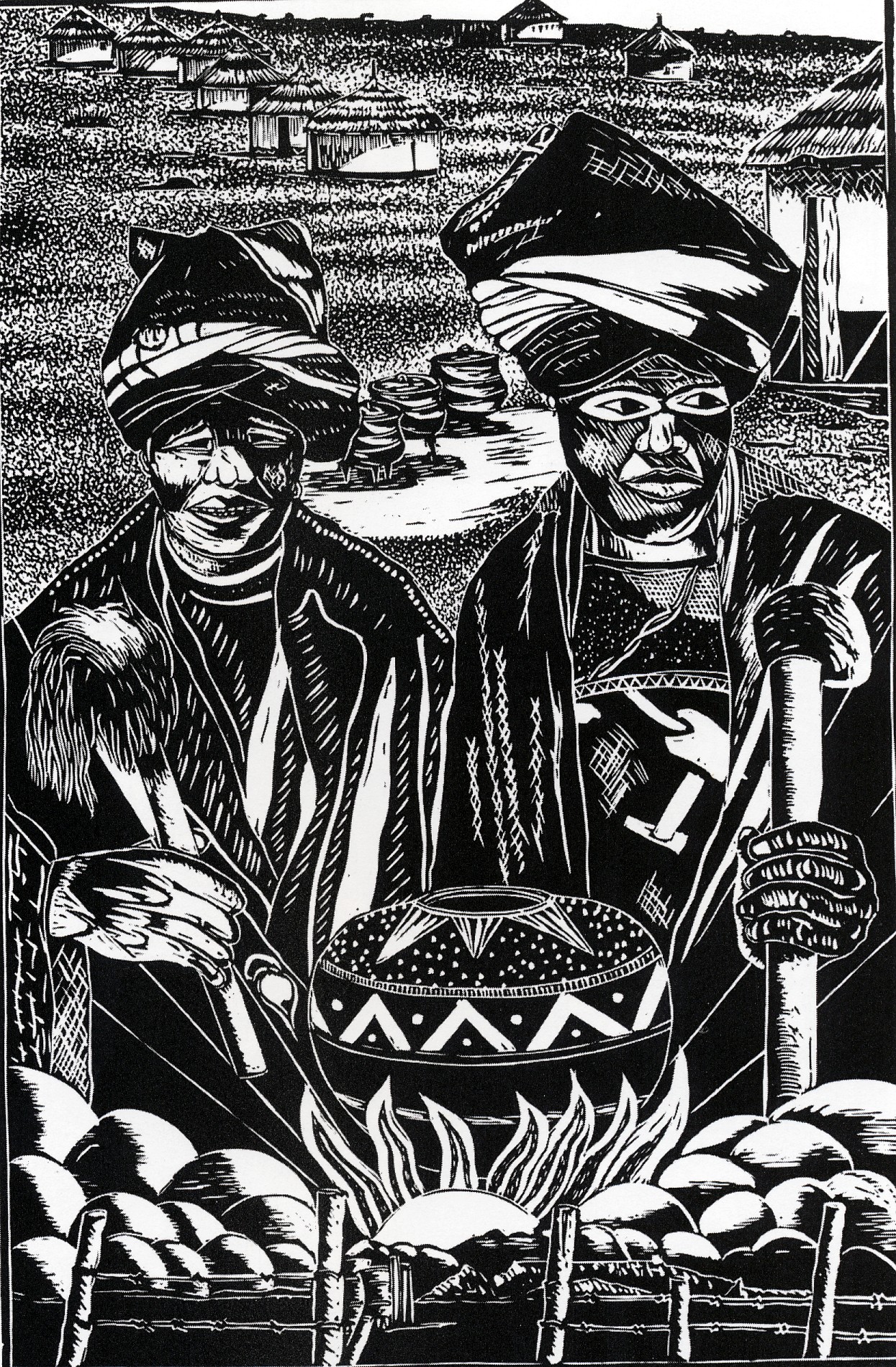 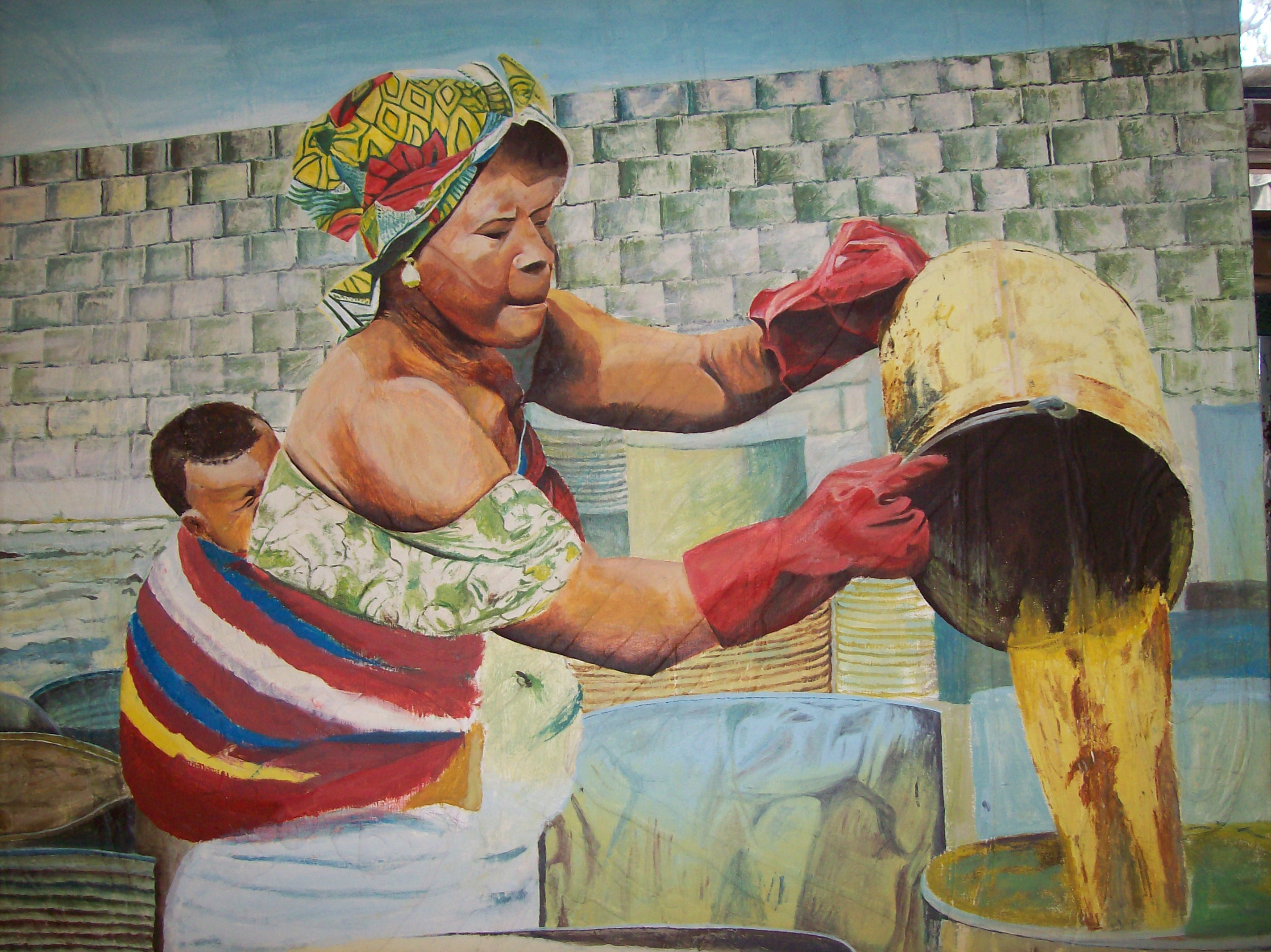 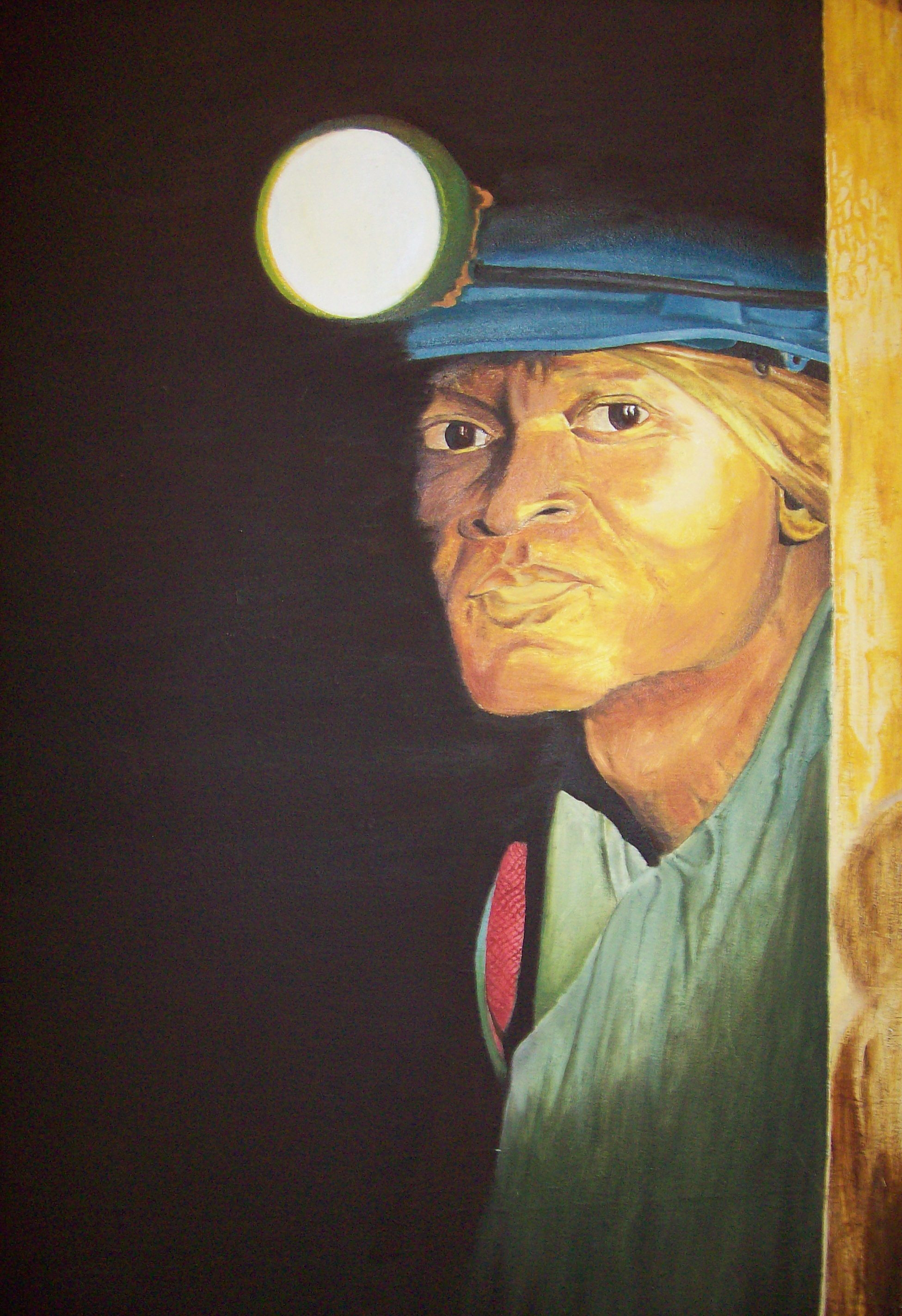 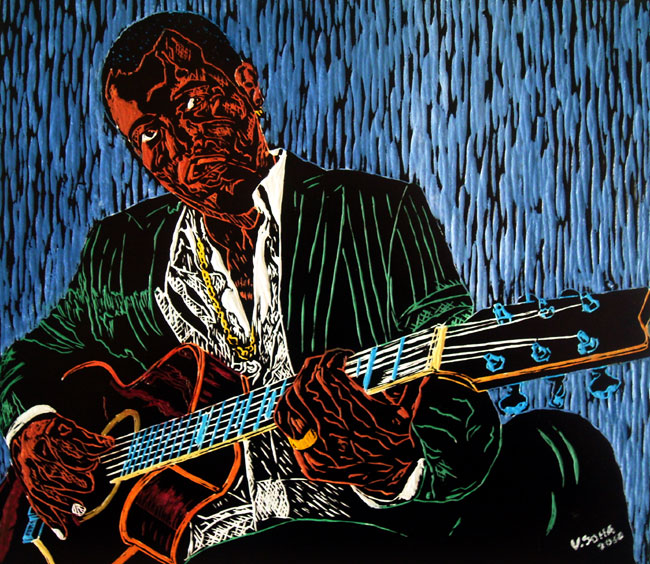 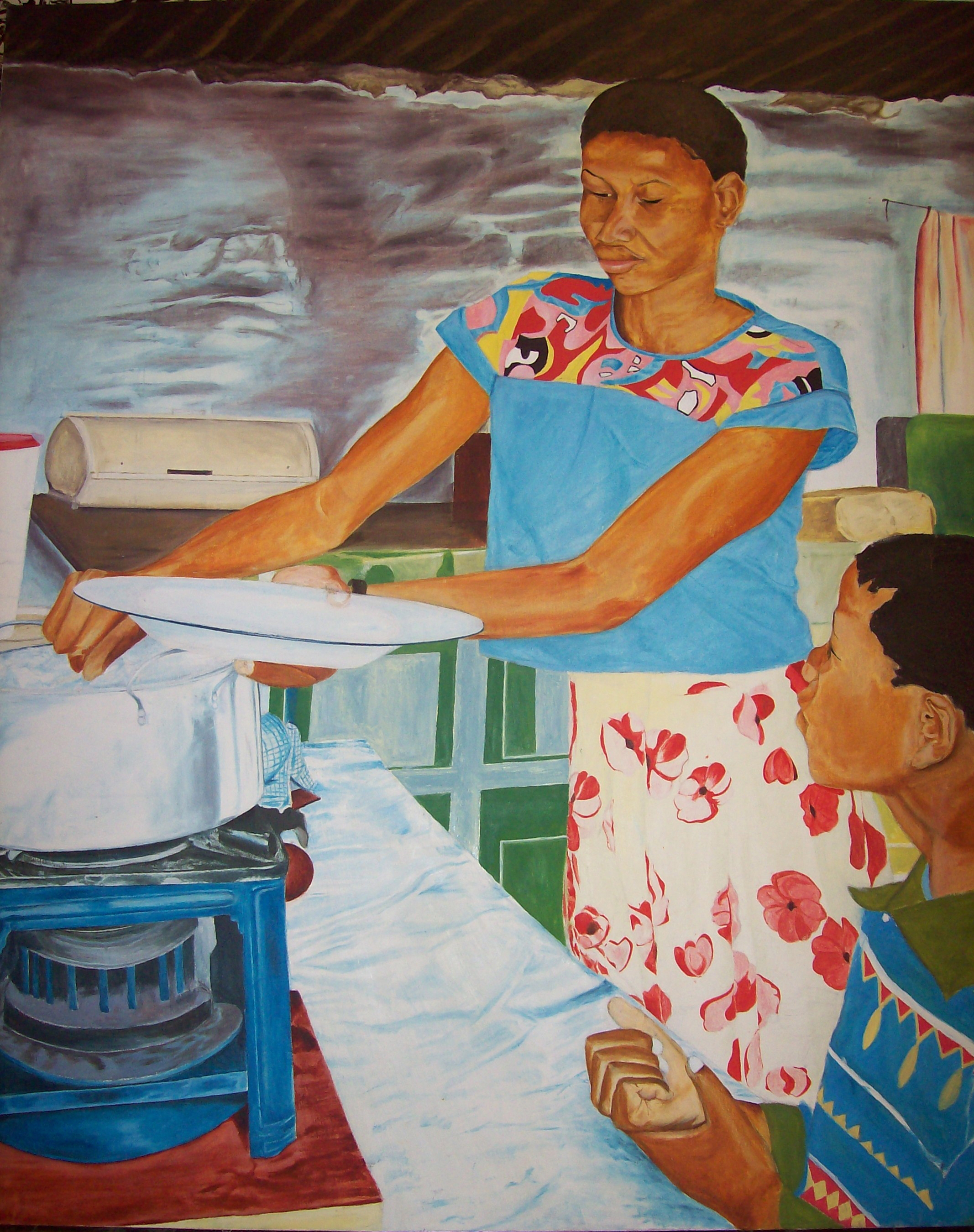 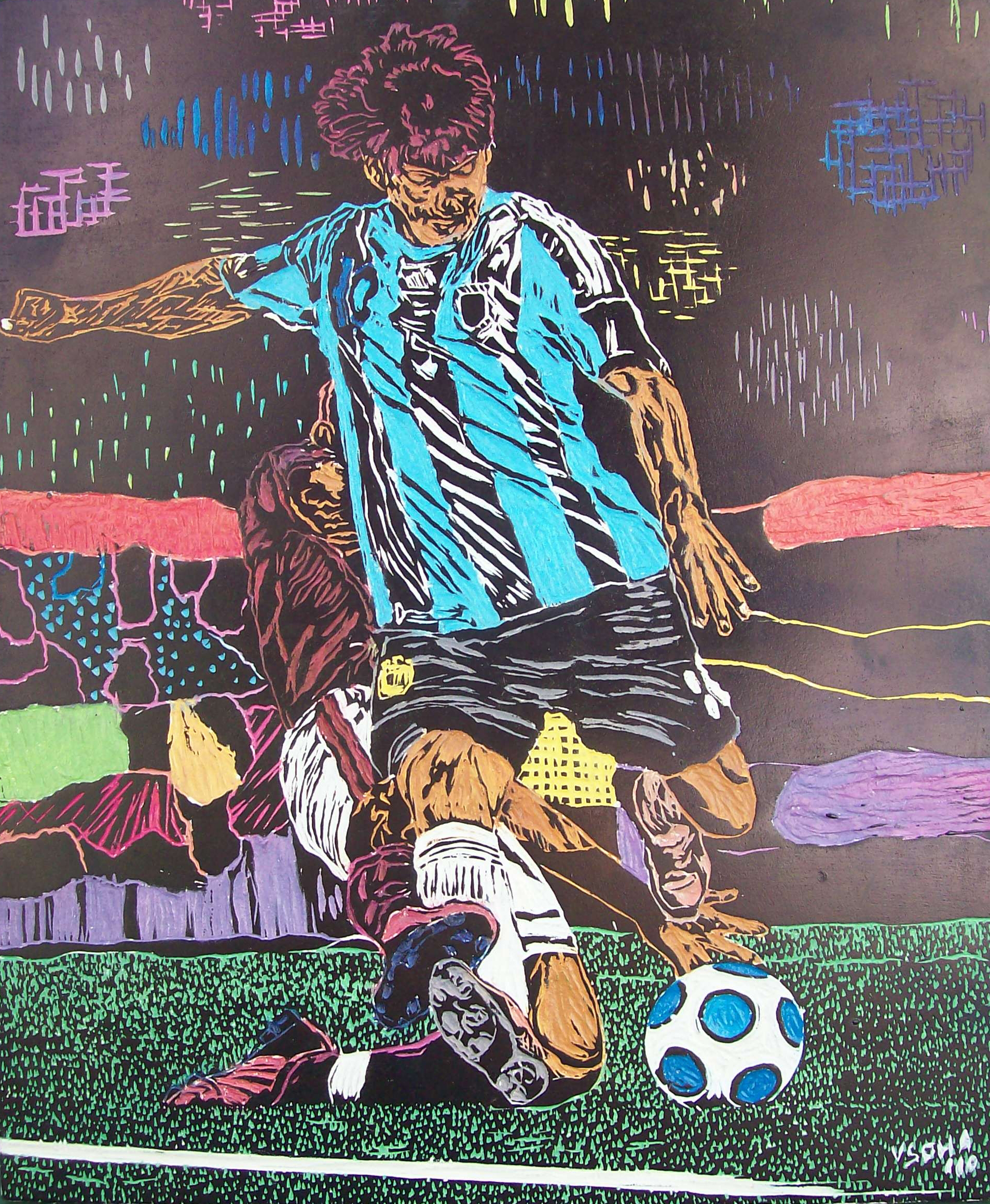 Workshops, Residencies and Other Involvement

Velile Soha has been commissioned to make illustrations for eight books, including for Oxford University Press. He has also made illustrations for calendars by companies Engen, Caltex and Truworths. He was part of a group that received commissions from the Department of Health, for an HIV/ Aids Education mural in Gugulethu, and the Cape Town City Council, for murals in Nyanga Junction as well as ceramic murals for Guga S'Thebe in Langa.