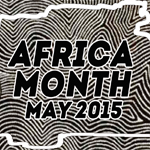 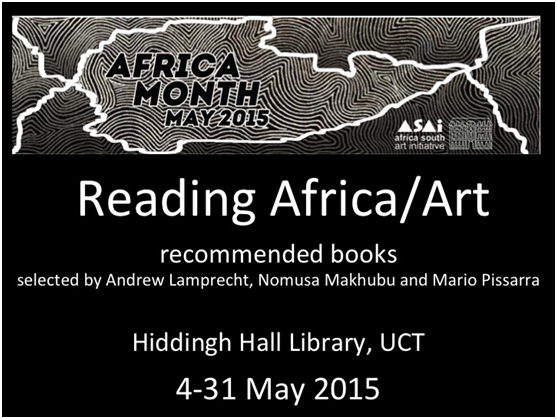 This is a suggested reading list for an undergraduate who is not an art major but wants a good rounded understanding of that complex subject "African Art". I included two specialist works (Gelede and Uzo Egonu) as they show the way that other research can be done but generally all the books (and one journal!) are accessible to the interested layperson. I avoided titles that focus exclusively on SA and on books that include not-African material.

Drewal, Henry John and Margaret Thompson Drewal. Gelede: art and female power among the Yoruba. 1990. Bloomington: Indiana University Press.
Though very specialized and now somewhat out of date this is a foundational work on the way that African art has been ‘opened up’ to new ways of looking and the defiance of western categories of art making and aesthetics.

Oguibe, Olu. 1995. Uzo Egonu: an African modernist in the West. London: Kala Press.
A foundational work in the (re)location of modernist practice to Africa.

Oguibe, Olu and Okwui Enwezor (eds). 1999. Reading the contemporary: African art from theory to the marketplace. London: inIVA.
One of the best and most influential general ‘readers’ on contemporary African art.

Fall, N’goné and Jean Loup Pivin (eds). 2002. An anthology of African art in the twentieth century. New York: D.A.P.
Despite some inaccuracies still one of the most valuable general surveys of modern and contemporary African art, based on articles in the journal Revue Noire.

Njami, Simon (ed). 2004-2007. Africa remix: contemporary art of a continent. (Various editions of exhibition catalogues).
An important travelling exhibition that has several iterations of the catalogue and a number of excellent essays.

Although this list has a slight bias in favour of Nigeria, it does include literature on Ethiopia and Senegal. In some ways, it responds to the significance of West African (except Ethiopia), curators, writers, artists and filmmakers in contemporary global cultural discourse. It also addresses traditional arts, modern art and contemporary art: all categories that cannot be so easily defined. Ethiopia is also particularly important as the only African nation that was not colonised by European power and had radical artist movements that had political and social relevance.

Most of these texts are concerned with finding new ways of looking at and thinking about art from Africa. The list is biased towards studies of work produced on the continent, countering the dominant constructions of ‘contemporary African art’ that circulate in the Eurocentric ‘international’ arena.

Gerbrands, Adrian A,, Henry J. Drewal and Rowland Abiodun (c. 1990) African Art Studies: the state of the discipline, National Museum of African Art Washington DC. An excellent overview of trends in scholarship until the late 1980s.

Thompson, Robert Farris (1993) Face of the Gods: Art and Altars of Africa and the African Americas, The Museum for African Art, New York and Prestel, Munich.
All of Thompson’s books are excellent, for theorising African aesthetics as well as for charting the transatlantic transformations of cultural practices.

Ottenberg, Simon (1997) New Traditions from Nigeria: Seven Artists from the Nsukka Group, Smithsonian Institution Press, Washington DC.
Charts the interplay between collective and individual approaches to aesthetics within a ‘movement’ that has dominated the discourse of modern Nigerian art.

Harney, Elizabeth (2004) In Senghor’s Shadow: Art, Politics, and the Avant-Garde in Senegal, 1960–1995, Duke University Press, Durham, NC. A rare full-length study of a national (and transnational) African ideology and its impact on the artists of a nation-state.

Ogbechie, Sylvester O. (2008) Ben Enwonwu: The Making of an African Modernist, University of Rochester Press, NY. A timely reminder of how a major international career is no guarantee against falling off the map. Ogbechie’s restoration of Enwonwu as a pioneer of ‘synthesis’ is also noteworthy for exploring the indigenous aesthetics that inform his works. 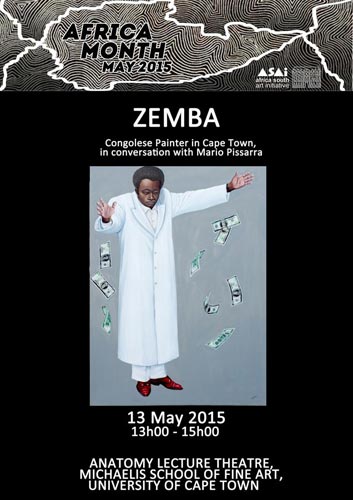