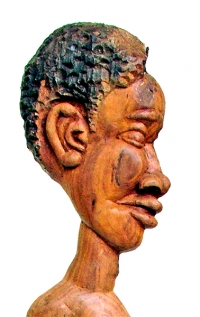 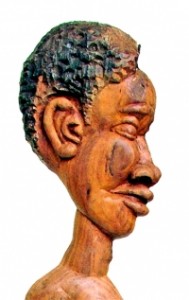 A self-taught sculptor and painter with a history of involvement in community arts initiatives, Makeleni’s creative works are rich in allusions to historical, political and cultural themes.