The Death of OPINION? (OPINION pt 5)

Note: This was originally posted on ASAI Connect on 30 January 2014 They burst upon the scene with gusto, launching missiles at Iziko Mausoleums of Excellence, and then they disappeared… What happened to the terrorists calling themselves OPINION (Our Public Institutions Need Intervention Or Not)? 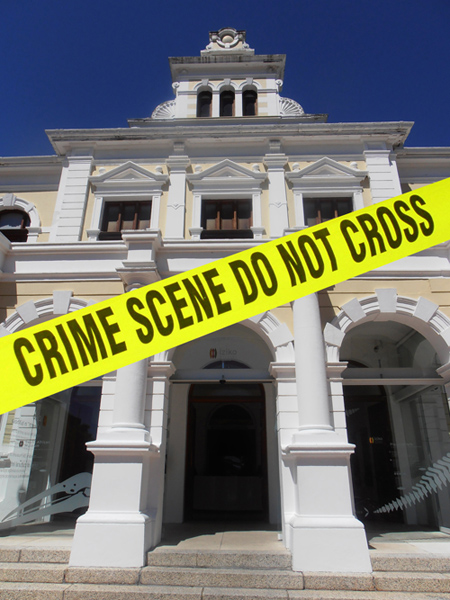 According to a well-placed source of disinformation, OPINION has committed suicide. “They were fools that thought people cared. When they realised it was pointless they decided that suicide was more noble than dying of depression.” Another source dismissed this account, claiming the group had gone into exile. Apparently the zealous upstarts were immobilised by a crisis of identity after they stumbled upon ancient articles on the ASAI website. In these articles, published in Word View, the group found that everything they were saying about the failure of transformation had been said before. “OPINION does not consider itself retro, but here was evidence that we are living in the past.” Speaking on condition of animosity, a mouthpiece of the Mausoleum said OPINION’s disappearance was “good riddance”. She said it was unfair to question Iziko’s commitment to meaningful change. “People forget that seven years ago the Head Undertaker pledged publicly to convene a forum on transformation, what more do you want?” Is OPINION correct that its all been said before, and that transformation is not a logo? Are suicide and exile the only options for OPINION? Or will they find the will and cause to return?