OPINION: The Return of (OPINION pt 2)

Note: this was originally posted on ASAI connect on 12 December 2013

RESPONSE FROM IZIKO = Azikho (literal translation from isiXhosa: “there is nothing”)

However, a dubious body calling itself the Indifferent Atrocity, apparently the shadowy executive of the Zippo Consortium of Amusement claimed that Iziko (literal translation from isiXhosa “a hearth”) was in mourning for the loss of a brand even greater than itself, and besides, it did not talk to terrorists, even if they were cultural. 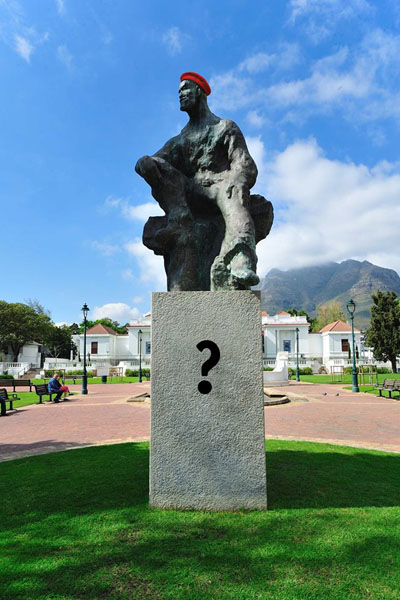 Ignored, as always, but undeterred, most of the time, OPINION (Our Public Institutions Need Intervention or Not) hacked their way back into the trenches. Realising that no retaliation was likely, one of its henchmen was seen lurking brazenly on the fringes of Iziko.

Seemingly unwilling to take up permanent occupation in the Company Gardens, OPINION have issued a second set of multiple choice questions. This set is designed to test public knowledge and opinion of our rudderless flagship.

Iziko curators who speak to the press about their own exhibitions:
– Are doing their job
– Do so on behalf of the CEO, from a script approved by the people in marketing
– Risk disciplinary procedures
– Are fools and/or traitors

The marketing department (IA)
– Imaginatively and resourcefully promotes programmes at Iziko
– Swears an oath of allegiance to the Iziko logo, daily
– Provides jobs
– Acts as if it is core rather than support function

The guide for the use of Iziko’s logo is
– Longer than you would think
– Shorter than the Bible, Koran and other sacred texts
– Not very useful
– Designed by some dude who IA thinks is cool

When designing an invitation in partnership with Iziko, you must ensure that its logo is
– Treated tastefully and respectfully
– Shielded by zealots
– Bigger than yours (and everyone else’s)
– Placed about as low and far-right as you can go