Thami Jali, artist on a mission

POSTED ON: July 7, 2018 IN On Artists, Sithembiso Sangweni, Word View

It was Jorge Luis Borges, Argentinian screenplay writer and author, who observed that “art is fire plus algebra”. In explaining the equation, Borges alluded to the passion and drive being the “fire” while technique and skill is the “algebra.”

As a ceramicist, painter, sculptor and printmaker, Jali has been deploying fire and skill since primary school. It was the fire that saw him defying his childhood teachers’ ban on his picture drawing habit which occupied most of his school day activities. The artist recalls how the natural inclination to making art cost him a fruitful relationship with everyone from the family patriarch to the schoolmaster.

The fire does not seem to have abated when Jali later dropped out of his law studies to pursue art training, a decision that his well-meaning father found an unforgivable snub. It had been his father who had enrolled him with the University of Zululand’s law school in 1980. The visit by Rorke’s Drift Fine Art School students who staged an exhibition at Ongoye in 1981 saw Jali terminating his law studies and heading to the art centre as its newest recruit. Going to Rorke’s Drift presented an opportunity for Jali to respond to his calling which he thought had been silenced when he succumbed to primary school orders to desist from drawing. Jali’s desire to be an artist is unambiguous in his motivation letter for enrolment at Rorke’s Drift. The letter reads: “To devote the rest of my life to art and help others to understand what it’s all about.” 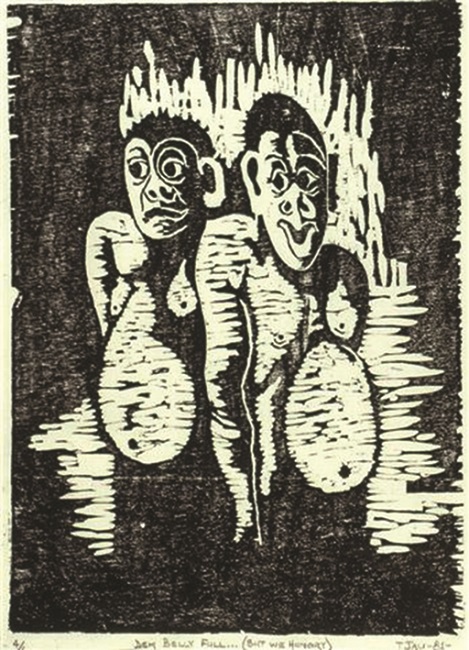 Jali recalls that “When I went to Rorke’s Drift to study art in 1981 the politics in the country were beginning to change, especially in the wake of 1976 and subsequent political developments.” Images at Rorke’s Drift were becoming more political rather than religious as they had been during the times of artists like Azaria Mbatha and John Muafangejo, to mention just two. Jali attributes his work becoming overtly political due to his coming into contact with artists who had first-hand experience of the Soweto uprising which resulted in images changing in Rorke’s Drift. “I produced works with titles such as ‘A Poem for Strugglers’ and ‘Power to the Powerless.’ So besides learning skills at Rorke’s Drift I also became very politicised at that point in time.”

Such was his impact that within three months one of his linocuts was published in the Staffrider Magazine, thus drawing the attention of the notorious Special Branch. The work was called ‘The People’s Leaders’ and was subtitled ‘for the sake of our weaker brothers.’ The security police wanted to know who were these leaders he was talking about. “To be honest I wasn’t talking about any particular leader, the point I was trying to make was that if you are a leader then it’s your responsibility to serve people – hence the sub-title, ‘for the sake our weaker brothers.’ He got out of the tight corner due to that the particular work had in the foreground three portraits with the face in the middle looking very much like his portrait. “I told them, it’s me and that I am not talking about any political leaders but about myself because I feel that with me doing art it is going to make me say things that affect the masses. They didn’t come to Rorke’s Drift. It was the winter holidays, June 1981. The work itself was done around April. I got a call from the African Art Centre that some people wanted to meet me there. I went there. I think I waited about 10 minutes. A white man and a black man walked in and greeted me and then asked me to go for a drive with them. I sort of agreed because I didn’t know what was happening. They drove with me to Durban station, most probably they wanted to take me to CR Swart Square as they started interrogating me about this particular work. That is when I realised that they are actually the Special Branch. I gave them my story and fortunately for me they didn’t take me into detention, they decided to let me go without taking me back to the African Art Centre.” 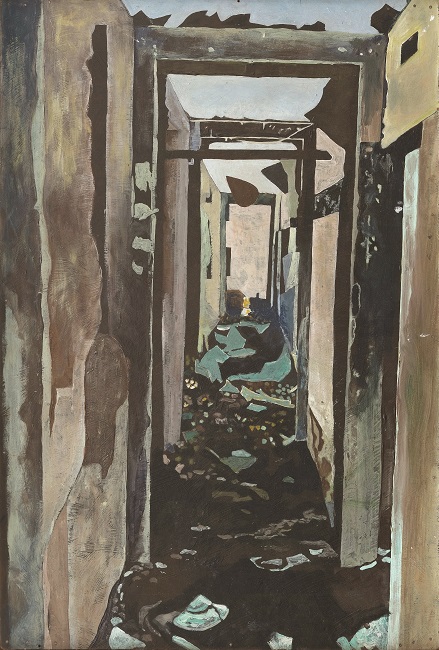 Jali describes the year 1982 as one of the best for him at Rorke’s Drift because he had a lot of energy as things visibly worked out for him. “I remember the very first sculpture that I ever carved when I was doing my final year in Rorke’s Drift I got a first prize for it. It was the very first sculpture in my life, so it actually boosted my confidence because then I knew that I had a chance to make it as an artist at a professional level because I managed to get this award in a national exhibition that included well known South African artists.” He explains that most of the students from Rorke’s Drift used to come back home with a big portfolio of prints. “One could take those prints to the African Art Centre on consignment, which actually helped us with pocket money while we were at Rorke’s Drift. The African Art Centre actually was a blessing for Black Artists in Durban because it was basically the only outlet where we could sell. I sold a lot of my work through the African Art Centre especially in the 80’s.” 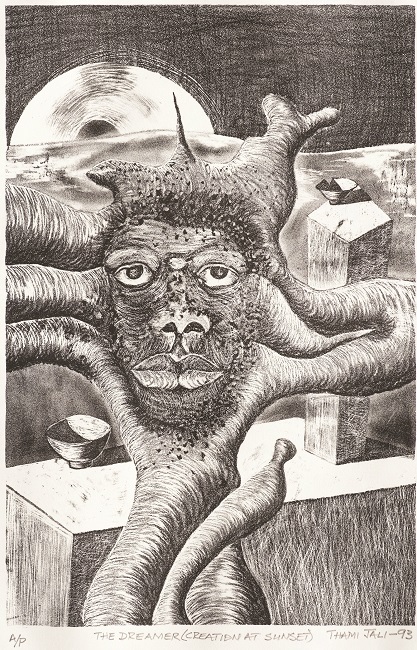 In 1984 Jali enrolled at Technikon Natal for a ceramic art diploma but did not finish due to financial reasons. The setback beset him when his father dispensed tough love again, refusing to pay for his studies to punish him for choosing art over a law degree. “I couldn’t become a lawyer because I realised once I was at university that I did not have the temperament for Law. I went to Tech without my family support, so that is why I could not continue.” Jali continued to work as a ceramic artist despite dropping out. He notes that “There were no Black people doing ceramics other than traditional potters and so I got jobs whenever a trainer was needed to train people in ceramic art.”

Jali points out while he was at Technikon Natal he became very involved in the struggle, because as a Black person living in the township you had to be involved. “We got involved through printing posters and T-shirts for political rallies and doing whatever the political struggle needed us for.” He joined the Clermont Youth League and found himself in the cultural committee and deputy president to Joe Gumede, the son of Archie Gumede, one of the United Democratic Front (UDF) leaders. This led to the birth of the Clermont Art Society. “The Art Society was about art, we were saying you cannot fight the apartheid government with guns only, you also need to fight it with skills. I believed people should be able to use skills. I happened to be there. I am still doing it.” 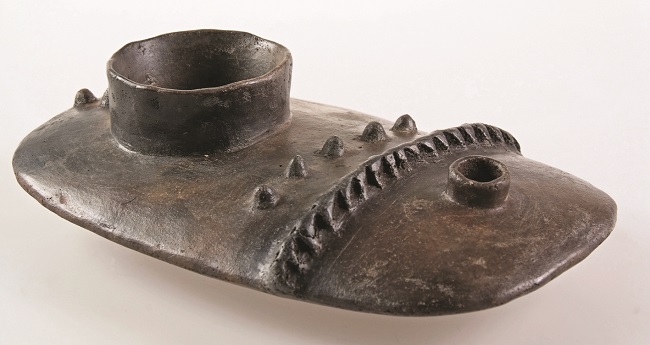 The evolution of Jali into recognised visual artist by sticking to his own choices against his fathers’ educated counsel is an ironic example of how ‘tough love’ can propel a child to realise his dreams. Jali’s sojourn as an artist has seen him practising and teaching art at home and abroad, setting up art centres, and painting community murals in Durban, Valley of a Thousand Hills, Soweto, Roodepoort, Mpumalanga and Limpopo. Jali’s mission remains consistently none other than to devote the rest of his life to art and helping others to understand what is it about at any cost. By the look of things his message “for the sake of our weaker brothers” remains relevant.

Sithembiso Sangweni is a free-lance journalist based in KwaZulu-Natal